“NOROSHI” is a media to show the coolness of Japanese traditional culture and crafts to young people and people from overseas who have not had much contact with them. Sending Japan’s “coolness” to the world.

Simple local toys made by handHanding down the skills passed down from our ancestors to the next generation. Konoha-zaru／Konohazaru kamamoto Konoha-zaru, or Konoha monkeys, are simple toys made of unglazed clay in the Konoha area of Gyokuto Town. We interviewed  Mr. Reizou Nagata of the Konoha-zaru Kiln. Reizo Nagata Born in 1937.He studied under his father, Takeji, from the age of 20, and became the seventh generation. His daughter, Sae Kawamata, is the eighth generation of the family to work with him. [outline] A Unique Toy Born from a Legend It is said that the “Konoha-monkey” was born from a […]

Humorous Karakuri dolls“We will continue to make them in order to pass on Japanese culture.” Obake no Kinta (Ghost Kinta) / Atsuga Ningyoten “Obake no Kinta” is a karakuri doll born in the Edo period. It has black formal headwear for court nobles and a red face. It is characterized by its humorous movements, such as its  tongue sticking out when the string is pulled, and its eyeballs flipping back. We interviewed  Mr. Shinhachiro Atsuga of the Atsuga Ningyoten. Shinhachiro Atsuga Born in Kumamoto City in 1943, he became a doll maker in 1963, learning from his father. He is […] 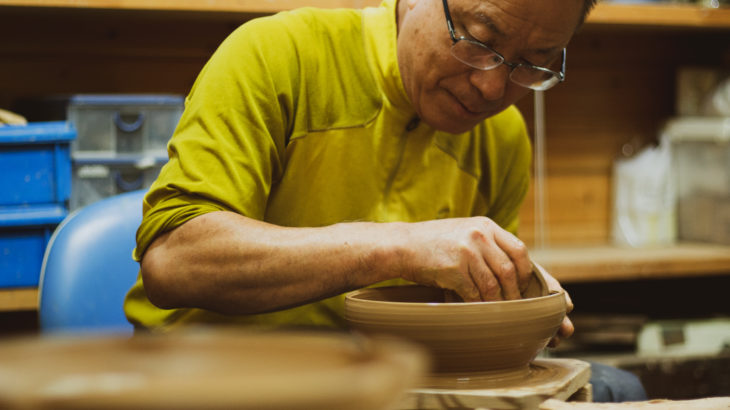 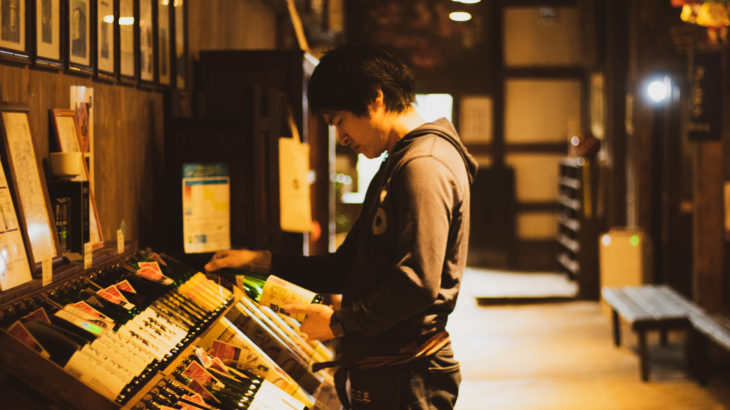 Delicate handicrafts created from Japanese paper and glue“I want to create products that match the times and pass them on to the next generation.” Yamaga lanterns / Nakamura seisakujo Yamaga lanterns, also called Yamaga-toro, are created using only washi paper and glue to create a three-dimensional shape.The Yamaga Lantern Festival takes place every year in August in Yamaga City. During the festival, women wear these paper-made imitation gold lanterns on their heads and dance.We interviewed Mr. Junya Nakamura, an active lantern craftsman. Junya Nakamura Born in Yamaga City,Kumamoto Prefecture in 1989. After graduating high school, After working for the Yamaga […] 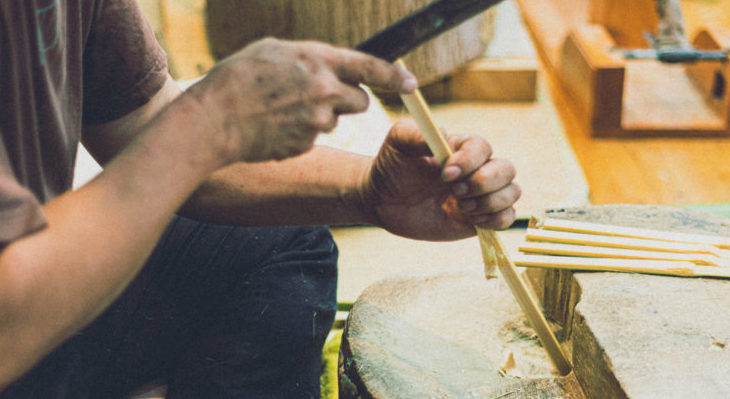